Ann Hiatt on What It Takes to Be an Executive Assistant

In 2002, Ann Hiatt was fresh out of college, starting her first post-university job supporting Jeff Bezos’ at Amazon in Seattle. This position, one she would hold for the next three years, would change the trajectory of her whole life. It would also entirely shift her understanding of the scope and potential of the executive assistant role, a topic that now plays a big part in her life’s work as she gears up to publish her first book Bet On Yourself: Recognize, Own, And Implement Breakthrough Opportunities. After three years working with Jeff, on projects ranging from hiring helicopters, to writing TED talks, to helping with massive product launches, she took the lessons she’d learned at Amazon to a Ph.D. program in Berkeley. Then she moved onto Google, where she began what would turn into a twelve-year career, first working for Marissa Mayer and then Eric Schmidt.

These days, she acts as a leadership consultant for entrepreneurs, providing perspective, insight, and encouragement to help them live out their biggest dreams.

The Key: Thinking Bigger Than Your Job

In those early days, they were just getting started. Amazon was made up of less than 1000 employees in 2002, compared with today’s 1.3 million. They weren’t even profitable yet–if you can imagine that. The entirety of the company’s wealth was based on the faith investors had in Jeff and his vision. For Ann, it was exciting and invigorating, each day spent on the front lines of a battlefield to prove the merit of that vision.

As the most junior member of Jeff Bezos’ office, Ann’s days consisted of a lot of intern-level work. But because she was copied on emails, present in meetings, and shown briefing documents, she had the same (if not more) access to Jeff as senior members of the team. One day a senior member of the staff asked her opinion on how to present something to Jeff, and it clicked–she recognized the immense opportunity of the executive assistant role.

From that moment on, Ann approached work differently.

She did extensive homework. Any person or term she didn’t know, she would look up, essentially treating her job as her own personal business school. By thinking outside the constraints of her job, volunteering for big projects, and using the unique access she had to learn as much as she could, she made herself invaluable to the person at the very head of the company.

“I was working on crazy stuff far outside my original job description because Jeff could trust me. That opened up my mind to not allowing myself to play in a small sandbox, and instead to volunteer for big stuff I otherwise would never have been tapped for,” Ann told me.

Executive Assistant is a Leadership Role

Let’s not mince words, an executive assistant is a leadership role. It’s as simple as that.

An executive assistant is someone who represents the interests of the person they’re assisting. In Ann’s words, “we are their voice when they’re not in the room.” We represent their ideals, their vision, and their standard. “It’s exciting to be the body double for someone really important,” Ann said. To do it well requires confidence and the ability to solve problems under extreme pressure, all of which are necessary leadership skills.

Job Titles: Do They Matter?

For Ann, the answer is yes and no.

Ann never cared much about her title. What she cared about was advancement in her career and being treated with respect, both experiences she had at Amazon and Google.

But looking back at the changes her team at Google implemented to ensure titles reflected the authority and reach of any given position, she recognizes their importance.

“The whole purpose of titles is to signal how people should interact with you and what decisions you should be making. On one hand I don’t think titles matter, but on the other hand, I do think constantly reinventing yourself is important.”

“I feel like I was able to create some exceptional things out of ordinary circumstances that otherwise would have passed me by…I feel this calling to do that for other people,” Ann said when I asked her what drove her to write a book.

What Ann ultimately wanted from her life, and what led her to Amazon, to pursue her Ph.D., and to work at Google, was to surround herself with the smartest people in the world and make an impact. And she did. Throughout the many iterations of her executive assistant roles–executive business partner, chief of staff, etc–she worked for some of the most driven and brilliant people on the planet, helping them achieve their massive, world-changing visions.

“​​What I’m most proud of in my work is helping these leaders build their wildest dreams…so I want to take these best practices and empower each reader to live their biggest dreams too.”

It’s no doubt that Ann has made and continues to make the massive impact she once dreamed about. For executive assistants worldwide, I think some of the most valuable advice she dispensed was to go bold. Go beyond the scope of your role. Take every opportunity in front of you. Seek opportunity out rather than waiting for it to be handed to you. With hard work and dedication, you have the power to make your job what you want it to be.

To listen to my entire conversation with Ann Hiatt, check out episode #123 of The Leader Assistant Podcast. 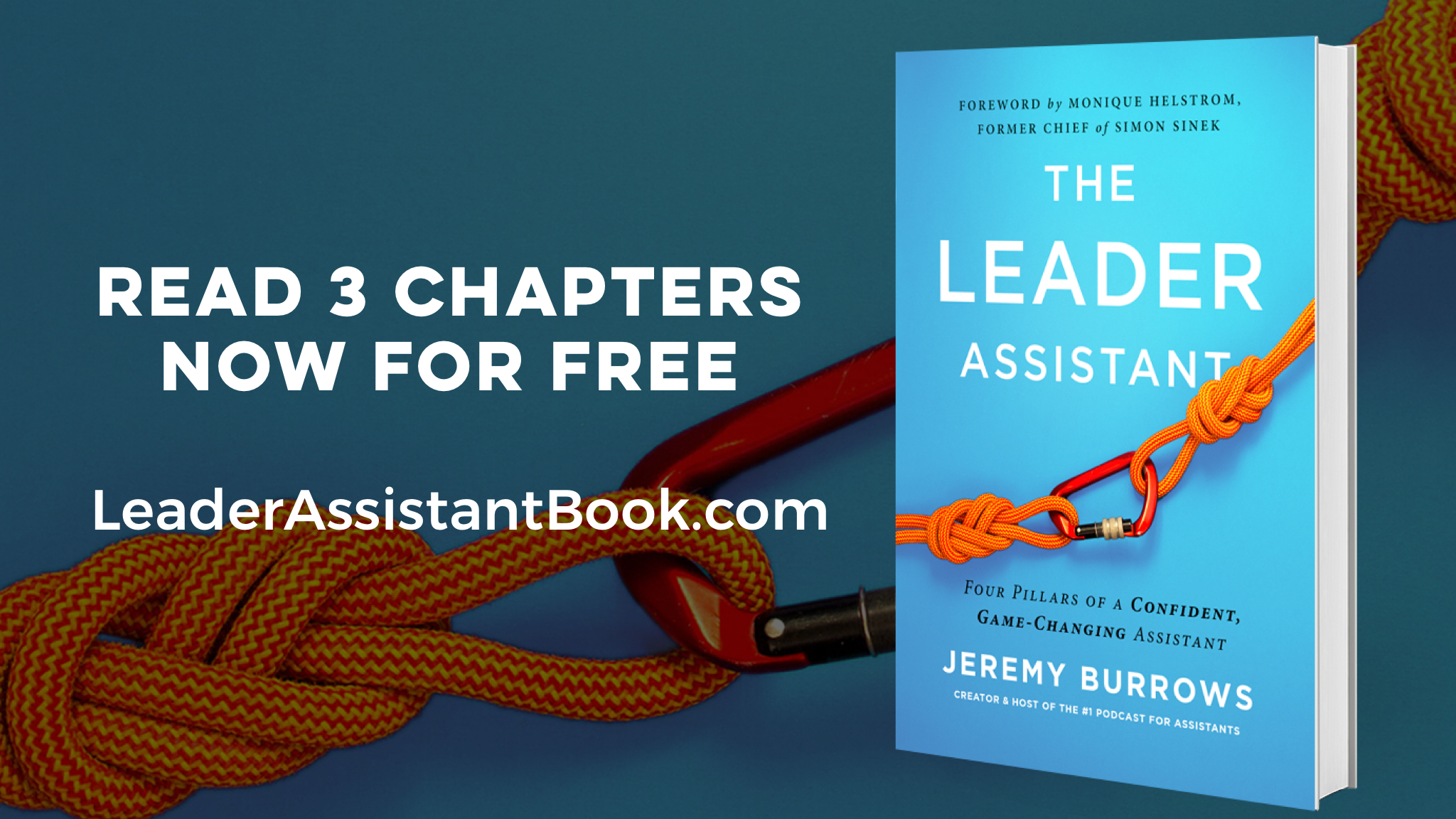 Ep 187: Jamie Vanek on Restoring Respectability to the Assistant Role